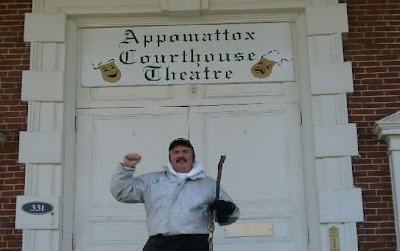 Well, Scott on Day 13 Scott has reached a town called Ladysmith, VA. He has traveled 364 miles and is getting really close to Washington D C. He said his legs were giviing him some trouble until he saw the sign that said Washington D C 90 miles. His legs immediately felt better. Good luck on your continued journey and as always my thoughts and prayers are with you.
Well, I got up late again (6:30 AM). I almost missed the sunrise. The days are gradually getting longer and we are edging closer to spring. We still have to get through March. Looking back in to my archives I found last March in Spokane was the snowiest on record. I certainly hope that is not the case for this year.
When we were growing up it was a treat for us to get a loaf of store bought bread. I can only remember we would buy it only on special occasions about three times a year. The rest of the time we ate bread from grain which we had grown..
If we got off the school bus and there was a bushel sack of ears of corn sitting in the middle of the front room we knew we were in for work that night. After the chores were done we would all gather around the basket of corn. We would shell all the corn until the basket was empty and then we would pour it into a clean white flour sack and the next morning my grandpa would bum a ride with one of the neighbors and take it to mill. Now there were a couple of mills in town which was about 3 or 4 miles away. He would have that corn ground into corn meal and bring it back home and we would have cornmeal for our staple cornbread for the next little while. I don’t remember how long it lasted but six weeks comes to mind. When we were almost out of cornmeal the process would be repeated. If we needed flour he would take a sack of wheat to the same mill to get it ground. The miller would measure out the grain and keep a portion of it for his pay for the use of his milling machine.
One of the mills was Shupe's mill. Here is a story about an Old fellow who rode his horse to Shupe's mill with his corn to be ground into corn meal. After it had been ground and he was preparing to leave he mounted his horse and the miller went to throw the sack of corn meal on to the horse behind the saddle. "Put it up here on my shoulder", the man said, "I will carry it. I don't want my horse to work any harder than he has too".
My grandmother made hot biscuits every morning. Now she didn't use a mix she made them from scratch. .She made them from wheat we had grown and taken to mill to be ground into flour. She would fire up the old wood stove and dig out the mixing bowl and pretty soon we would have hot fresh biscuits from the oven smothered in real cow butter and covered with her own homemade syrup - makes my mouth water just thinking about them.

On another note I do want to say a special hello to my friend Scott who has recently discovered he has a stomach ailment. He reads this blog every day and I want him to know I am thinking of him and Bonnie.

For those of you who want to follow Scott's journey his daily walk to the steps of the U. S. Capitol here is the link http://www.tencommandmentswalk.com/
You can leave comments on this page or if you prefer to contact me you can do so at kimilauri@msn.com. If you have memories you would care to share about living in Johnson County I would appreciate it if you would share those also.
That's it for Today!!
Posted by Jenny Johnson at 6:47 AM

No one today can make biscuits like our grandmothers made them.