Well, normally I don't write about politics or religion or subjects of that nature but I did want to let everyone know about a personal friend of mine, Scott Teague, who is making a 440 mile walk from my hometown of Mountain City, Tenn to Washington DC in hopes to speak with Congress and ask them to write and enact a law which protects display of The Ten Commandments in Courthouses, public buildings and schools. 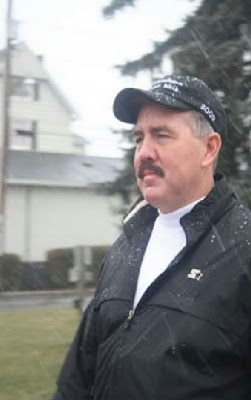 Scott says his mission is to make America aware that because of our separation of the Ten Commandments our country has experienced moral decay and economic crisis. My vision is to inspire God-fearing Americans to reclaim their beliefs of almighty God and to call upon his namesake to protect and heal our land.”

Good Luck Scott, May God continue to bless you on your journey. Please know that my thoughts and prayers are with you.

For more information or if you are interested in following his daily walk to the steps of the U. S. Capitol you can find it at www.tencommandmentswalk.com.

That's it For Today.

Amen to that Jenny..

I wish your friend Scott Teague Good Luck.. He's going to need it.

It is about time someone said something about this...I can't walk that far or I would go with him...

Your link doesn't work. I think it should be; http://www.tencommandmentswalk.com/

Your link is missing an 'S'

Thank you Chris for pointing that out... I have it fixed now.
Jenny

Thank you Chris for pointing that out... I have it fixed now.
Jenny