Winter's Not Over 'til it's Over

In the springtime here in the northeastern corner of Tennessee we see a lot of different changes in the weather. Somedays it is warm and the ground begins to thaw, then it might be so hot you think summer is upon us. The next few days we might get a cold snap with rain, snow, sleet and lots of wind. The oldtimers predicted the changing of spring by the blooming trees and the different types of winters as they called them.


After the January thaw and the groundhog has seen his shadow the ground begins to thaw a little the winters begin.
Beginning with the first few warm days as the ground begin to thaw the serviceberry (Sarvisberry) trees would be the first to bloom. This would be called Sarvis Winter and to the old timers, meant the return of the circuit riding preacher. After the long long winter the ground would be thawed enough to have funerals and bury the dead. The snow white blooms of the serviceberry trees would be used to honor the dead at the "church sarvices" Thus the name Sarvis Winter.

If there was a cold snap when the Locust trees were in bloom it would be called Locust Winter. It usually isn't very long or cold.

For example it could be snowing in the morning and record breaking temperatures by afternoon.

The next tree to bloom was the redbud. If the weather turns cold while the redbuds are in bloom it is called Redbud Winter.Only the hardiest crops would be planted before this cold spell.
Dogwood Winter comes after a few days of warm weather and brings several days of cold, weather and the possibility of a killing frost. Planting the tender crops should wait until after the Dogwood has bloomed. Oldtimers sometimes used the blooming of the Dogwood as a sign to plant their corn.

Linsey-Woolsey Britches Winter is the winter only the oldtimers heard about. That was back in the day when they wore homespun clothing and it was when you could shed your "long johns" for cooler, lighter clothing.

Whiporwill Winter is the last little cold snap we get after the Whipporwill has migrated north from Mexico. Its that last surge of arctic air. It's not as cold and doesn't last long or do much as much damage as some of the other winters.

After a long hard winter and spring with all the cold snaps summer can't be that far away---or can it? 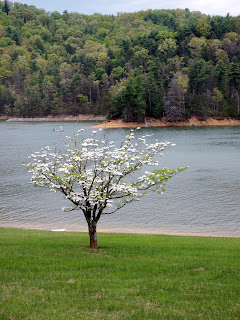 That's it for today!!

Shot of the Day

Shot Of The Day

Since the beginning of the year I have tried to make good use of my camera by taking the "shot of the day".  Sometimes it is scenery or sometimes something I have done but it will be fun to look back at all the given photos and remember where I have been. Each photo will have its own story to tell.  Here are a few Shots of the day this year. 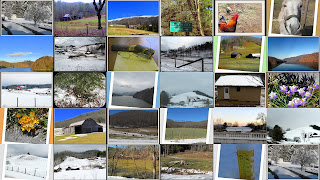 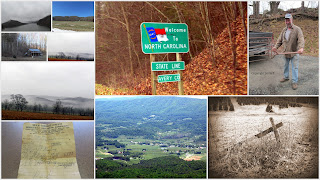 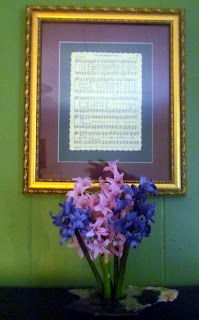 That's it for today!
﻿
Posted by Jenny Johnson at 8:41 PM No comments:

It was 75 degrees this afternoon
and definitely a flip flop kinda day.
Once again my beans have prevailed against Puxatawney Phil
I will be waiting for the first of August to start counting, however, I promise not
to use a five gallon bucket this time.