Well,  I woke up to pouring rain today. It did clear off for awhile but then we had tornado warnings, wind, rain and hail which has continued all evening.  It is hard to get any "git up and go" when it is pouring down the rain.  I just want to jump in the bed cover up my head and stay there until it is all over.  Unfortunately that didn't happen today.  I stayed busy but I didn't see anything in particular I did.

On a sad note tonight I lost a very dear friend who passed away early this morning.  Rest in peace Kevin Sulllivan...You will truly be missed by our RVing Family.  Condolences to Arlene, the children, grandchildren and many many friends across the USA.

With a very very sad heart "That's it for today".

Well, the challenge is on -- It was decided at the writing club today we should write or at least try to write "something" each day and share it with the class next meeting.....sometimes all it takes is that little nudge to get started or in my case get me away from facebook, twitter, blogs, games, chats and such goings on and make myself write.... I realize I am out of the habit of writing and it takes 21 days to change a habit so this is day 1 of 21. we will see how I do.

Well, there's not a lot of news from around here.  You know there isn't much going on when you only travel between the recliner,  the computer desk and the dinner table with the occasional visit to the doctor.


As usual, the doctor sends you for umpteen blood tests and numerous office calls before he can rewrite your medication you've been taking all along......and then.....he has the nurse call to give you the bad news ------you need one more office visit to discuss the results of his latest findings. Of course, you don't get that call until after the office has closed so you fume and fret overnight about the dire results of said tests. As you lay awake at 4 AM staring at the ceiling your imagination runs wild. You have a lot of strange, exciting and surprising thoughts. Will I even be able to make it out of the bed to go to the doctor? Do I have enough insurance to cover all the doctor visits? What will happen if he gives me really bad news? Do I need a psychatrist?

So after a sleepless night, you drag your tired and weary body out of bed with no coffee or breakfast and shuffle off to the doctor's office. The nurse greets you with a smile and a great big "Hello, and how are we feeling today? Then the doctor says "What's ailin' you? What kind of symptoms do you have?" I don't know Doc, you tell me.

"According to the tests we have run, the mice in the laboratory indicate you have too much sugar, your thyroid has quit working, your cholesterol is out of whack, you pee when you don't need to, and the neighbors tell me you are having severe bouts of gas.

Here are six prescriptions be sure to have them filled at the Stickittoyou Pharmacy. I will know if you don't when I receive my cut next month. Oh and, by the way, be sure to watch your diet...no pasta, no potatoes, no sugar, no milk products, no carbs, ......and keep an eye on your weight."

"But Doc, I have been watching it", you say, "I've got it right out here in front of me where I can watch it".

So, it's off to the pharmacy for drugs and the grocery for rabbit food and back to my recliner----

Well, after the mild winter we have had spring seems a little ahead of itself this year.  Maybe it is due to global warming or the fact the earth got knocked off his axis by a couple of degrees. 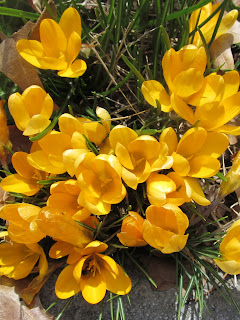 In the springtime here in the northeastern corner of Tennessee we see a lot of different changes in the weather. Somedays it is warm and the ground begins to thaw, then it might be so hot you think summer is upon us. The next few days we might get a cold snap with rain, snow, sleet and lots of wind. The oldtimers predicted the changing of spring by the blooming trees and the different types of winters as they called them.


After the January thaw and the groundhog has seen his shadow the ground begins to thaw a little the winters begin.

Beginning with the first few warm days as the ground begin to thaw the serviceberry (Sarvisberry) trees would be the first to bloom. This would be called Sarvis Winter and to the old timers, meant the return of the circuit riding preacher. After the long long winter the ground would be thawed enough to have funerals and bury the dead. The snow white blooms of the serviceberry trees would be used to honor the dead at the "church sarvices" Thus the name Sarvis Winter.

If there was a cold snap when the Locust trees were in bloom it would be called Locust Winter. It usually isn't very long or cold.

For example it could be snowing in the morning and record breaking temperatures by afternoon.

The next tree to bloom was the redbud. If the weather turns cold while the redbuds are in bloom it is called Redbud Winter.

Only the hardiest crops would be planted before this cold spell.

Dogwood Winter comes after a few days of warm weather and brings several days of cold, weather and the possibility of a killing frost. Planting the tender crops should wait until after the Dogwood has bloomed. Oldtimers sometimes used the blooming of the Dogwood as a sign to plant their corn.

Linsey-Woolsey Britches Winter is the winter only the oldtimers heard about. That was back in the day when they wore homespun clothing and it was when you could shed your "long johns" for cooler, lighter clothing.

Whiporwill Winter is the last little cold snap we get after the Whipporwill has migrated north from Mexico. Its that last surge of arctic air. It's not as cold and doesn't last long or do much as much damage as some of the other winters.

After a long hard winter and spring with all the cold snaps summer can't be that far away---or can it? 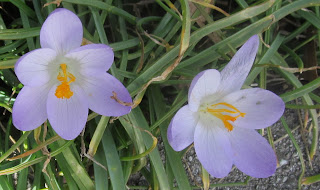 If you don't know where you are going, you might wind up someplace else.


A chilly 9 degrees this morning. 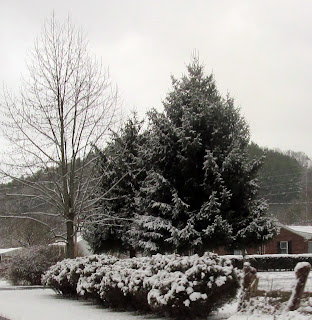 That's it for today!
Posted by Jenny Johnson at 4:23 PM No comments:

Well, how many times have we heard the phrase "Today is the first day of the rest of your life"?  It seems as we grow older the days seem to run together and soon a month or more has passed and we wonder where it went.  Such it is with blogging - if you don't stay on top of it --days, weeks and  months pass and before you know it you are way behind.  In an effort to "catch up" here are a few photos since the last time I blogged. 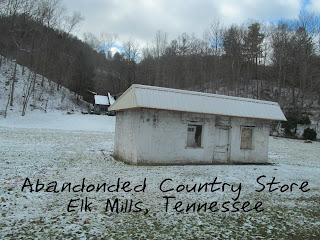 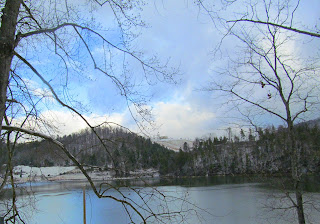 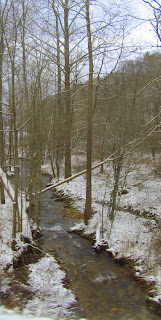 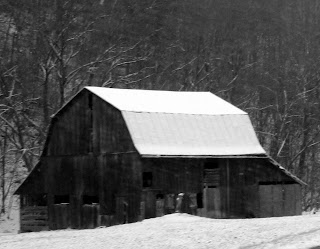 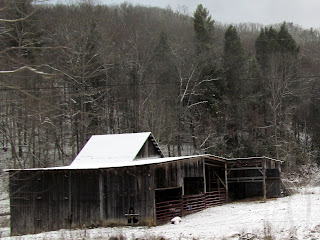 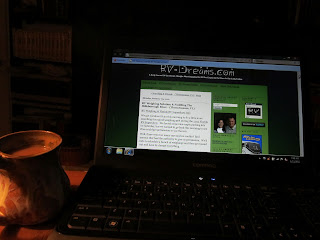 A Pretty Church on a Sunday Morning
﻿ 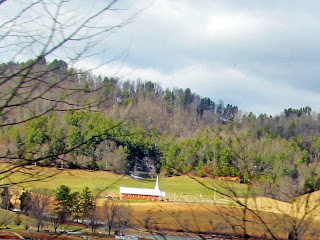 Getting my Ducks in  A Road

These Cows are not getting a square meal﻿ 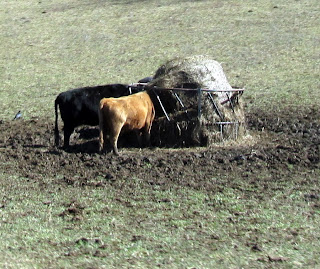 That's it For Today!!

Posted by Jenny Johnson at 7:00 AM No comments: