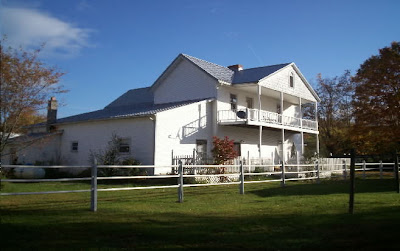 Duffy's has a long history in Mountain City. Duffy started the business in 1989 as a produce stand and a northern style sandwich and sub shop. He used a lot of Amish meats and cheeses for his subs. At that time he was hauling produce from Statesville NC to Mountain City.

In 1992 he got acquainted with a fellow by the name of Sam Yoder who asked him if he would have any interest in an Amish store in Mountain City. He made an appointment for Duffy with an Amish Company in Myerstown, PA. and Duffy started offering Amish products.

In 2000 he was diagnosed with colon cancer and had to close his store. He leased the original building to another business.

After he recovered from his cancer he built the present store in 2004 where he operates it today. Duffy carries a full line of Amish products as well as fresh produce. I was there in the fall. He had more varieties of apples than I have ever seen in one place. He uses his truck for hauling produce and has a big refrigerated apple house where he stores apples. 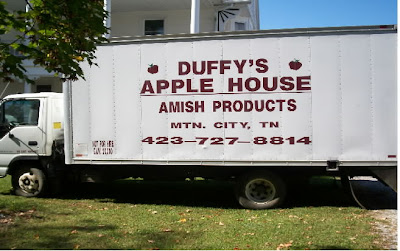 Everyone loves to see Duffy Comin' 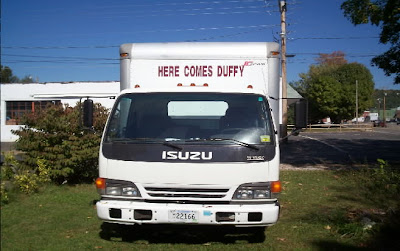 And they know where he has been. 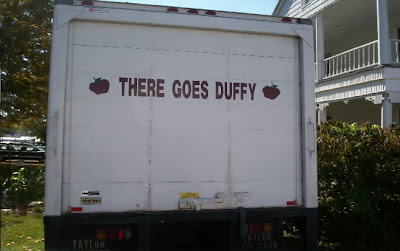 And here is Duffy!! 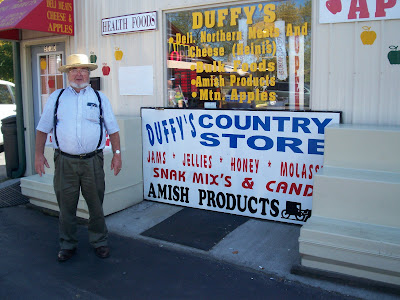 Now, there is lots more inside - so come along with me - we will check it out. 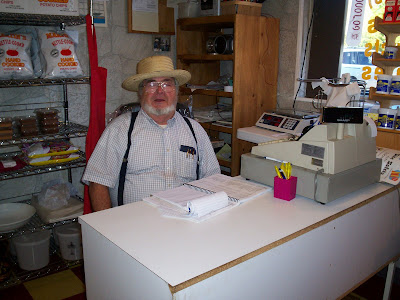 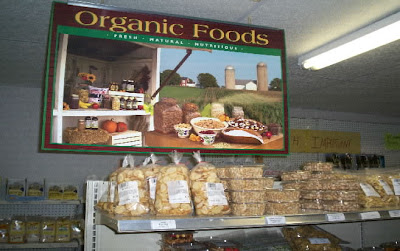 Ms. Duffy helps out in the store too. 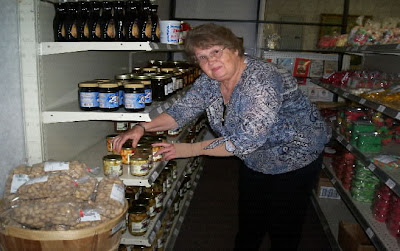 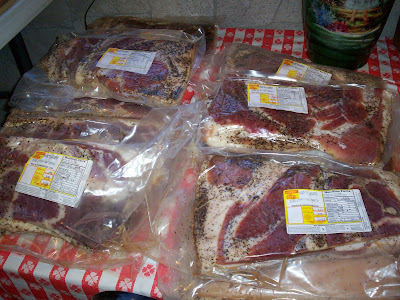 Boxes and Boxes of Apples 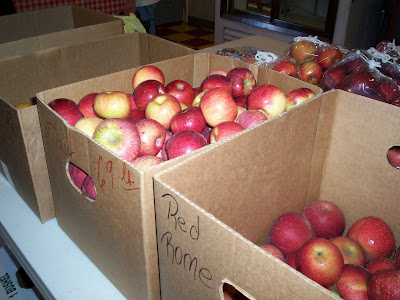 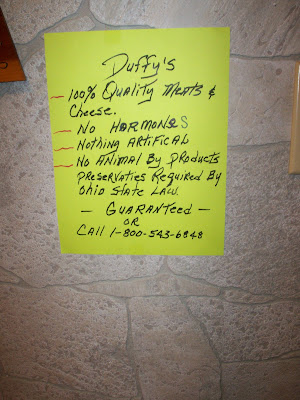 Stay tuned for part 2 of our tour.

That's it for today.
Posted by Jenny Johnson at 5:30 AM

Your friends in the RGV,
Gordon and Juanita