Well, the storm that the weatherman was so hyped up about didn't come through. We did get some high winds but only about an inch of snow instead of the two to three inches per hour that was predicted. Wind was terrible though. It was so fierce it blew the blinds off the windows on the outside.

The only productive thing I did was to cook a pot roast with lots of vegetables. Now that's a good winter meal and it will last a day or two.

Other than that not much going on here. I am posting a couple of pictures of my brother and his great grandson (my great grand nephew). 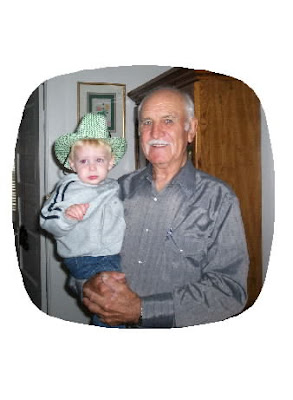 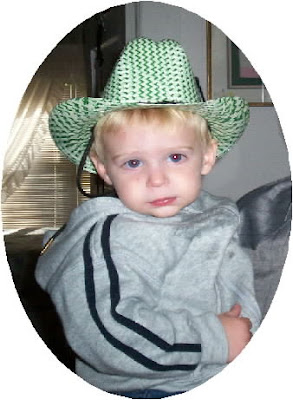 That's it for today.
Posted by Jenny Johnson at 8:55 PM

What a cutie! And the great grandson is cute too! LOL