Just a quick note for those who had comments yesterday about the age of my grandmothers. My father's mother was born in 1866 and died in 1954. Actually I just realized she died on January 6, which is tomorrow. I remember it as if it was yesterday. My mothers mother was born in 1878 and died in 1956 making a difference of 12 years in their ages. I love doing genealogy and have traced both my mother's and father's sides. I have a database of over 25,000 individuals who are directly related to me. This is not the picture I was looking for but I should have included it in yesterdays pics. 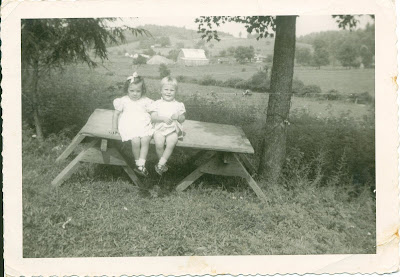 Just a couple of Baby Boomers sittin' around talkin' (the one on the left is really cute don't you think?)

Well, nothing happened much today. It is Saturday and the usual run to Walmart. I try to get most of my shopping and running around done on Saturday so my week is free. Well, not exactly free, but I don't have to go anywhere but work during the week. I did the shopping, got the groceries home and put away. Now for some computer time. That's when it happened! I thought I had lost it.

I take alot of picures and store them on CD's. I had a particular picture I was looking for. I knew which disc it was on and I thought I knew where I had put the disc. WRong!!! To make a long story longer, two hours later I am still looking for the same CD. I turned everything upside down TWICE!! still no CD. I had visions of it getting thrown out with the Christmas trash. I tore the house apart. I had a pile in the floor so big I couldn't even turn around. It was a mess. I was bonkers. So that is when I went into my pile mode. One pile for "absolutely can't throw this away" or "the stuff I can't part with", one pile for "I may use this someday"or "I'll get back to" and the last for "get rid of" or "throwaway" pile. I am sort of-kind of-well--- it's okay to say I am a packrat when it comes to paper. I love paper and I don't like to part with it. I finally got all the stuff sorted into its respective piles, with the "throwaway" pile being the smallest. I then reached for the box of photos I had placed at my feet. GUESS WHAT!! there on top was my missing CD. It wasn't lost after all. It was just misplaced. All is right with my world. My resolution to be more organized is safe.

Another resolution I made was to ty to learn something new everyday. A reader called asking about the solstice. Well, now that science stuff never did appeal to me very much. When I was in school and should have been learning all that stuff it just wasn't important. I did tell her that I would check into it and let her know what I found out. I will have to get back to you on that.

By the way, I love your comments so feel free to send me any comments good or bad.

I had meant to grab a couple of pictures of Walmart but I didn't have my camera with me. Today you will have to settle for more pictures of Idaho. Enjoy!! 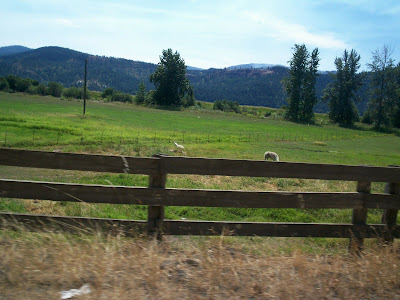 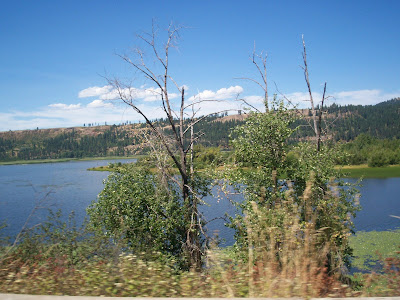 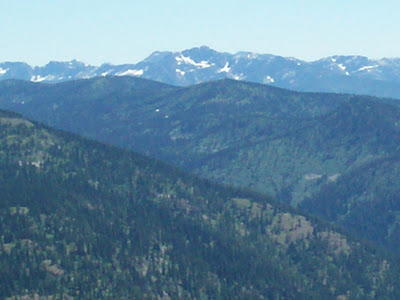 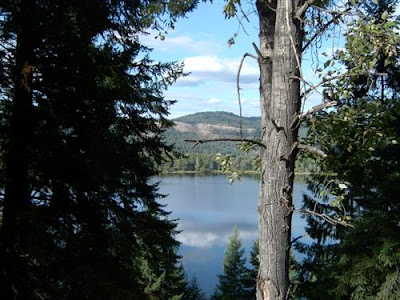 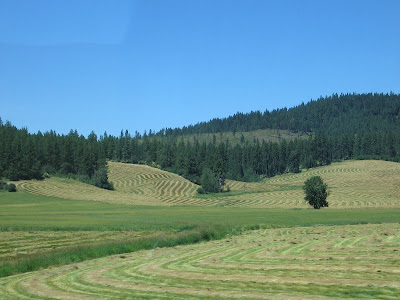 A little this - A little that and in the words of my father That's it for today.

Posted by Jenny Johnson at 8:15 PM

I think the baby boomer on the right is the cutest...I think we should have a contest among all the bloggers who visit your site to vote. So here is the challenge to all bloggers.......cast your vote for "the brunette on the left" or the "cute little blonde on the right"....this contest will run for one week and the winner of the contest will take the other out for dinner. This contest will end on Monday 01/14/08 at 2030 EST so cast your votes....one and all....Anni

Well...I have always been a fan of blonds...so I will have need to vote for the Blonde on the Right.

Now are we voting for "cute" or "smart"? I'll just have to give a vote to each. Being a brunette myself, but with the help of my hairdresser, I am now a blond. So far votes are even, so I think I should be the guest on that dinner date.

Hey everyone, we need some help here......who is going to get the free meal? Abrunette who thiks she's cute cause she has a bow in her hair....or a blonde who has 2 straps on her dancing shoes???????? Cast your vote for your favorite!!!!!!!