Well, here's all the news thats news and then some.

A farmer driving his combine down Main Street caused a traffic jam in downtown Mountain City.

You don't need a turn signal in Mountain City -- everyone knows where you're going anyway.

You can't get lost in Mountain City - Main Street dead ends in both directions.

Everyone reads the local paper here to make sure the publisher got the facts right.

Sign on Main Street Restaurant: Our restaurant is presently not open because it is closed.

_____________
Jim-Bob was over on Highway 91 and he had a flat tire. He pulled off to the side of the road. He got out and proceeded to put a bouquet of flowers in front of the car and one behind it. Then he got back into his car to wait for some help.

A guy from Florida passed by and saw him and was curious as to what he was doing. He turned around and went back and asked what the problem was.

Jim Bob said "I have a flat tire."

"But what's with the flowers?" asked the Floridian. 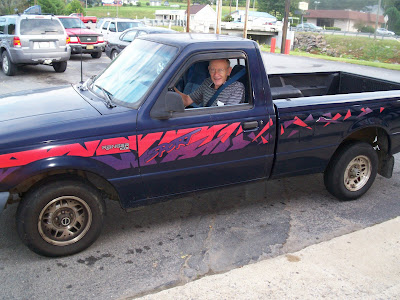 and Juanita and Peggy who have already had theirs. 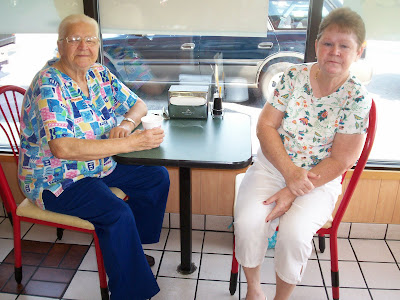 My twin sisters Mae and Faye 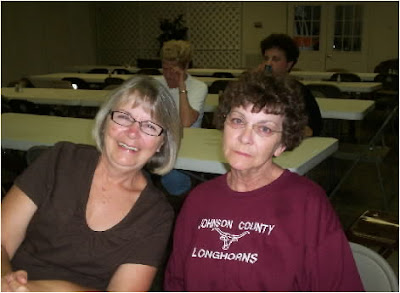 and my brother in law Ralph with his favorite sister in law. 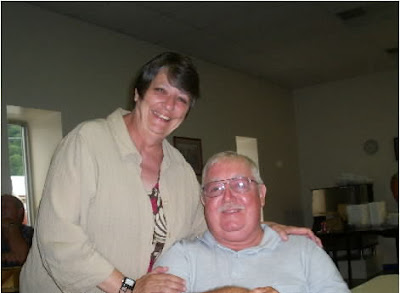 We watched a rainstorm coming up the valley 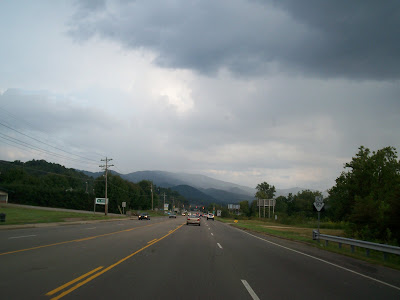 All that rain keeps everything green. 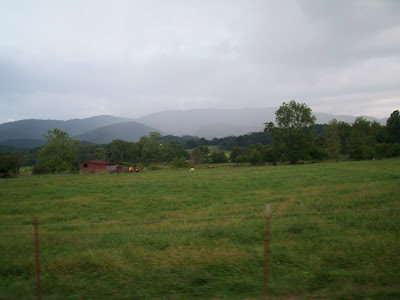 I got a lesson on how to dig ginseng from Jay. 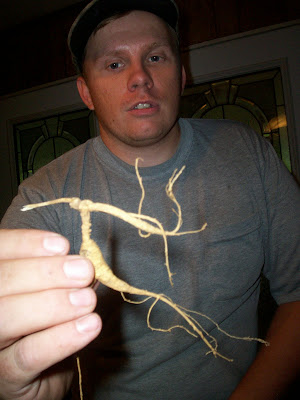 Found a tobacco field that was being cut. 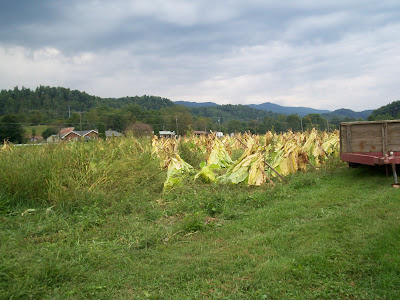 The green in the background is tobaco waiting to be cut. 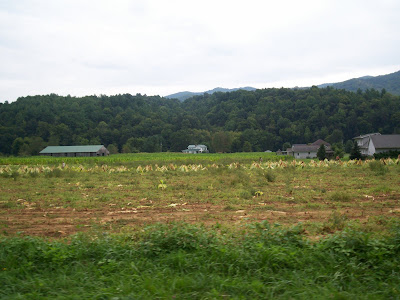 Hey Jenny, thanks for the tour of Johnson City! Enjoyed the 'down home' jokes too! Nice pics of your family! Looks like you're having a great time.

I'll have to try a Hardee's next time we're in the States. Do they have a borgasmord of burgs & fries:))

Jenny, all this Tennessee stuff is making me more homesick than I already am. We will be leaving Port Angeles Thursday morning and heading east. I'm anxious to get back to Nashville and see family and friends. You're right, family and friends are the best.

We will be near Spokane Friday afternoon for a one night stand. Let me know if you will be back by then. We'd love to meet you.
judi and gene

Jenny, as a grad of JCHS and a Masters level professional now, this post makes me sad. It makes Mtn City seem very very poor and uneducated, and that's not always the case. You write beautifully in other posts about home, but this one has bothered me.