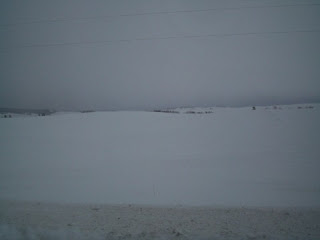 Well, I thought maybe with the warmer temperatures the news would not be full of weather. Boy was I wrong.

Our snow is going away only to be replaced with deep puddles of water standing in the streets. The melting snow has also revealed lots of potholes and not necessarily small ones. Potholes are worse than ever. There is even a Pothole line in Spokane. The car repair business is really picking up especially those who do alignments. There is a search on for Spokane's Biggest Pothole.

The freeway (I 90) between Spokane and Seattle has been closed off and on the past couple weeks. This is the first time in the forty plus years I have lived in the Pacific Northwest i remember the freeway being shut down this much.

Over the weekend, Northern Idaho also had closed roads. The major North-South Highway 95 was closed at Worley. Twelve foot snowdrifts caused by blowing and drifting snow. That is the road I travel when I go to the Cda Casino. Good thing I didn't plan to go last weekend. 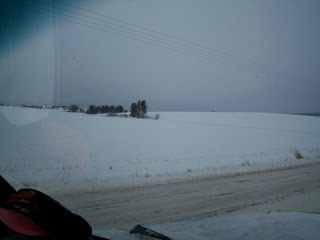 In the words of my father, "That's it for Today".

Posted by Jenny Johnson at 5:03 PM

Thats some snowdrifts you guys have had. And now warmer weather not good. And LOL pothole line way to funny. Whats the number 1-800-pot-hole. Keep up your Blog they are good.