Well, not much going on today so I thought I would share some photos I had of eastern Washington. Steptoe Washington is in the middle of the Palouse about 55 miles south of Spokane.

Steptoe Butte State Park is a 150-acre, 3,612-foot-tall natural monument. Thimble-shaped, the quartzite butte looms in bald grandeur over the prevailing flat lands. The park is famous for its stark, dramatic beauty and the panoramic view it provides of surrounding farmlands, the Blue Mountains, and other neighboring ranges and peaks. From the top of the butte, the eye can see 200 miles.

The butte is constructed of quartzite and looms over the surrounding terrain. Hawthorne brush abounds in the park, and was widely used by local Indians for the making of medicines, baskets and other essentials.

Native Americans called the butte "the power mountain." It was believed that a journey to the butte bestowed a gift of power from the mountain's guardian spirit.

The butte's present name honors Colonel Edward Steptoe, who gave years of service maintaining peace in the region. His men were killed in a conflict, which he tried to prevent, with Native Americans. 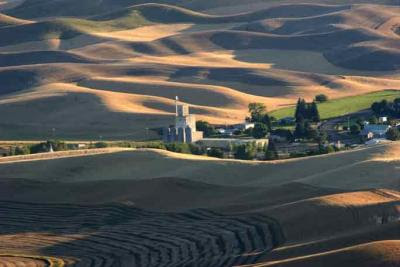 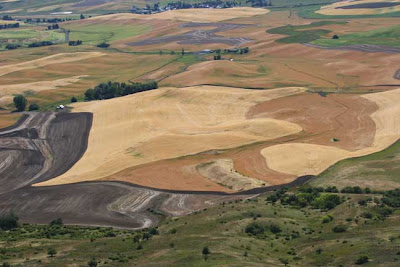 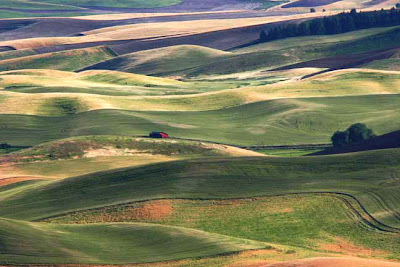 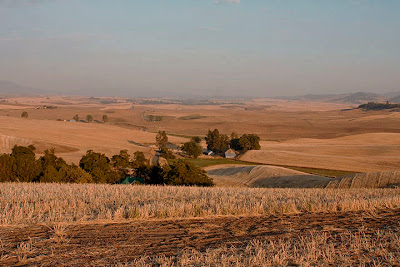 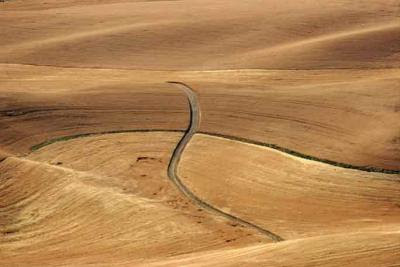 And that's it for today.

Posted by Jenny Johnson at 7:23 PM

Your photos are just lovely! I love the last one... neato!

Great pictures, Jenny. A couple of them look just like paintings!